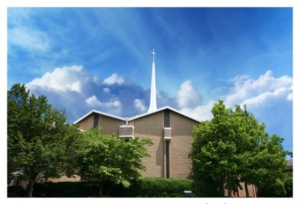 Southwest Christian Church is a product of the early 19th century Restoration Movement, which sought a return to the principles and practices of the 1st century Church described in the book of Acts. Prominent leaders like Barton W. Stone and Thomas and Alexander Campbell were interested in overcoming divisions in the Church by claiming to be “Christians only, but not the only Christians.” We consider ourselves a “non-denominational” Church, and as such, our leadership is formed from within our local congregation.

For 60 years, Southwest Christian Church operated in East Point, Georgia. In the last few years there we felt a strong call to move to Newnan, GA, and with the prayer and approval of the congregation, that process is was started. We purchased property on Hwy 29 near the Arbor Springs Plantation neighborhood and built on that property. We were blessed, in the interim, to rent space to meet in Palmetto, GA and celebrated with a groundbreaking ceremony on our new property in May of 2017.  Our building was completed and we began meeting in Newnan, GA in June 2018.  We continue to pursue our primary mission to worship God, serve others, and build community.

We know that lots of folks are taking photos and video of the new building progress, and we would love to see your work. Using Eversnap, you can contribute to a shared album everyone can view, or simply enjoy what’s been uploaded already. Download the App on your phone, or log on to www.eversnappro.com to get started!

After sixty years in East Point, Southwest Christian Church is following God’s call to move to Newnan. During this transition, we continue to worship in rented space at 504 Center St. near our Newnan property. You can see the progress for yourself at the site on Hwy 29 just south of Hwy 154.

The following points outline the steps in our relocation process so far.

We are thankful to God for His providence in this effort so far and for the many hours of hard work by so many people to get us to this point. Please be in prayer as we work with contractors, continue to raise funds, and endeavor to sell our property in East Point.

As we go, remember Paul’s words to the church in Ephesus: “Now to him who is able to do immeasurably more than all we ask or imagine, according to his power that is at work within us, to him be the glory in the church and in Jesus Christ throughout all generations, for ever and ever! Amen.” Ephesians 3:20-21

In everything we do, we seek to worship God, serve others, and build community!